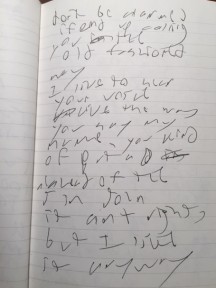 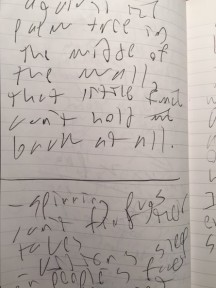 Your Mediocre Gatsby piece was perfect for the controversy seizing Duluth over the school district’s decision to eliminate two books from its curriculum. I have thoughts on the subject myself, and I’ve even written a song about it. Hold on to that thought for a later post.

In the meantime, I wanted to write about a song I just posted on Bandcamp: Pet Videos. I’m pushing forward with this one for a few reasons:

Not sure if this was on your mind at the time, since you were busy being a rock star, but I was working for a small daily newspaper in Stillwater when Yuo and I met. I loved this job and hated it. I loved the work, the role I played in documenting the history of a community and seeing my name in print every day.

The job challenged me too. I barely made rent on my wage, the deadlines never ceased, and I sat on the bad end of many difficult conversations with angry readers who had a lot to say about my work, even before the concept of Fake News and all of the vitriol surrounding it was a thing.

The worst part about the job, though, was the drive. I lived in Uptown and had to drive nearly an hour to Stillwater and back. Due to late meetings, I ended up sleeping on the office couch a few nights a week.

This is where Yuo comes in. Anybody who’s ever spent time around me and Yuo would agree that we have an odd relationship. Our conversations are usually pretty goofy and honest, and most people wouldn’t understand them.

This unconventional element of our relationship began during those days when I worked in Stillwater and spent a lot of late hours with her on the phone with all the lights off in the building. I’m not sure why it ended up this way, but I called her on several occasions really late at night while watching Animal Planet. The animals reminded me of her for some reason, I told her. Very romantic, I know.

It worked, though. We sat on the phone for hours. I was always happy to hear her voice before I fell asleep, with images of lions and sharks glowing in the dark office and the AP server humming behind my head.

Pet Videos is an exploration of what I imagine a budding relationship like ours must be like today. There’s so much more crazy stuff to share, and so many different ways to share it with each other remotely. Even from a distance, young lovers or friends can stay really close with all of the resources we have available to us. Of course, a lot of people use these resources improperly, but social media and electronic communications can be used for good as well. And my very favorite social media content, silly pet videos, is a perfect example of how media can be used well. If we just stuck to this stuff on social media, we’d all be better off.

I wrote and sang this song on a mandolin, which I bought two months ago. I honestly haven’t learned to play it very well, because I just made this song up right away and keep playing it over and over again. Maybe I’ll move on to learning something new, now that I’ve released it.

Please note that I’m also including my lyrics, but as images. I figured you’d have fun trying to read my notoriously bad handwriting.

One thought on “Silly pet videos: The best content available for Valentine’s Day”